A Beauty in Bath

I’m a great believer that nice things come in small packages and if like me you enjoy museums that are more bijou than behemoth then a visit to the Holburne Museum in Bath beckons. 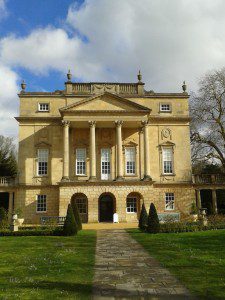 The museum comes perfectly wrapped within a neat little Georgian villa, whose pediment’d and portico’d façade looks out over Great Pulteney Street as it runs its elegant course towards the heart of the city.  To the rear a bold modern ceramic and glass extension by Eric Parry (which opened in 2011 after years of planning wrangles) prevents the whole thing from becoming too heritage twee, as well as providing space for additional galleries and the garden café.  Stylishly appointed with Scandinavian style wooden furniture, the café is chic, comfortable and serves delicious coffee and cakes; it’s the kind of place that just being there makes you feel a more stylish person. 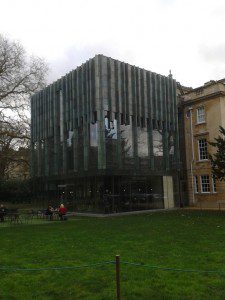 In its earlier days, the villa was also a fashionable destination, known as the Sydney Hotel and serving the Sydney Pleasure Gardens situated behind the property.  The gardens were a favourite haunt of Jane Austen’s and, thrillingly, they still exist complete with their original path lay out, albeit minus the original features that so delighted their Georgian audience – a maze, a grotto and a hermitage to mention a few.  They are the only surviving Georgian pleasure gardens in the country and a modern-day visit to the Holburne is not complete without a stroll through their remains (if only to work off the coffee and cake).

The museum’s permanent collection is free to view and is just the right size to occupy a morning of casual viewing or a day of closer study.    Its core holdings of sculpture, furniture, silver, porcelain and paintings come courtesy of naval man and Bath resident, Sir William Holburne who collected them in the 19th century.  His collection was bequeathed to the people of Bath after his death and has subsequently been enriched by further acquisitions and gifts. The painting collection includes works by 18th-century luminaries such as Gainsborough, Stubbs, Zoffany and Ramsay – free entry means that it’s no hardship to make return visits to spend more time with favourite exhibits.

Regular (and indeed irregular) visitors benefit from the Holburne’s top-notch temporary exhibitions and events, for which there is a charge but which ensure that there is always something new to see.   The current show, Joseph Wright of Derby Bath and Beyond, has been curated in-house and examines the impact of Wright’s 2-year sojourn in Bath in the 1770s.  Generally reckoned to have been a bit of a flop, Wright’s short-lived attempt to establish himself as a fashionable society painter in the Georgian spa resort turns out to have been instrumental in his development as an accomplished and original landscape painter.  It’s a one room show – just 30 or so exhibits including high profile loans from Derby Museum and Tate – but brilliantly illuminates a previously unexplored chapter in Wright’s career.   Until 5 May.

On a more contemporary note, the Wirth Gallery is displaying Stereoscopic photographs of Pablo Picasso by Robert Mouzillat (until 1 June).  Taken over Easter weekend of 1957, these 3d photographs capture the great painter (then in his 70s) with his coterie at the bullring at Arles and at home in his studio. There are some captivating pictures of the garden at La Californie, Picasso’s home in Cannes, populated by a cast of children, sculptures and assorted pets, including Esmeralda, a goat.  The images are so vibrant and immediate it’s hard to believe that Picasso is no longer with us – the 3d effect confers a kind of immortality.     The exhibition is great fun and a bit of a coup for the Holburne as it’s the first time this collection has ever been shown in public. 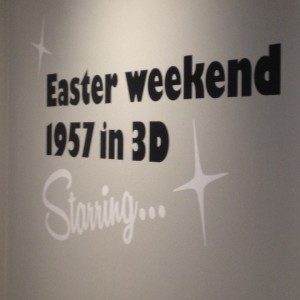 Kathy Dalwood’s A Ballroom Banquet brings things Dalwood’s ‘Secret Society’, the Banquet depicts the chaotic aftermath of a baroque dinner party.  Somewhat reminiscent of a crazy wedding cake decoration but the tableau is a compelling and theatrical presence in the otherwise decorous surroundings of the Holburne’s Ballroom.  Until 21 April. 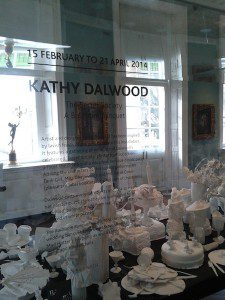 On the Table in the Holburne Ballroom

But a great museum experience isn’t just down to the quality of the things on show – welcoming staff, a decent café and a well-stocked shop are key to pulling in the punters (well, this one at any rate).  You will already have gathered that the Holburne scores on the café front but its shop too is a delight.  The book selection is engaging and to-the-point (as you would expect, being hand-picked by the museum’s director) and the literary offerings are joined by imaginative gift ideas such as exquisite pieces of antique china sourced by the decorative arts curator.  And as for the Holburne’s volunteers, they are friendly, engaging and on-the-ball, and provide a personal touch that bigger museums sometimes struggle to achieve. 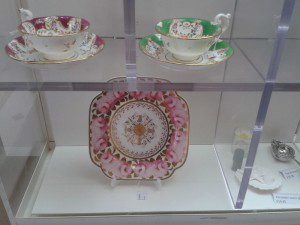 A better class of merchandise 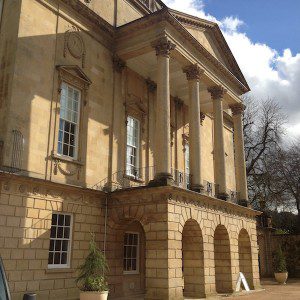