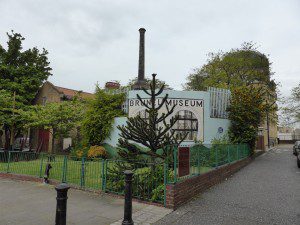 It took father-and-son team Marc and Isambard Brunel eighteen years to build the world’s first under-river tunnel, linking Rotherhithe on the south side of the Thames to Wapping on the north.  Located in the original Engine House, this award-winning museum tells the story of their achievement in the face of floods, financial losses and human disaster.  ‘The Great Bore’ as the project was, without apparent irony, called, became known as the ‘8th wonder of the world’ when it opened in 1843.  The tunnel paved the way for modern mass urban transportation and is still used today by London Underground – although when it first opened lack of funds meant that the tunnel was initially just used as a novelty underground shopping mall and entertainment venue. Wall displays, models and memorabilia explain the technological triumph of the tunnel as well as revealing the human cost of the endeavour.  The lower gallery commemorates Brunel junior’s final project, the world’s first modern ocean liner, the Great Eastern, which was launched just a few hundred yards down the river in 1858. 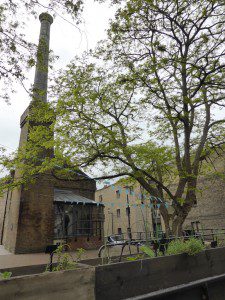 With its pedimented gables and soaring chimney, this modest brick building is a temple to Victorian self-belief and its characterful museum is similarly aspirational.  Development plans include a larger, more accessible entrance (due later this year), with a new gallery, improved visitor facilities, and underground theatre in the tunnel shaft to follow at a later date. 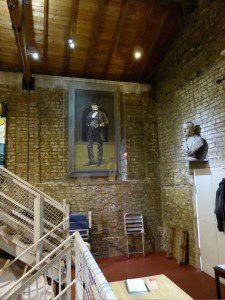 The Brunel Museum’s imaginative events include walks, talks and performances, some of which take place in the tunnel’s atmospheric underground shaft, which boasts a superb acoustic. The rooftop community food garden has also become a hot destination, hosting cocktail evenings during the summer.  Elsewhere in the award-winning gardens, visitors can take their ease on Isambard’s most iconic bridges recreated as benches. 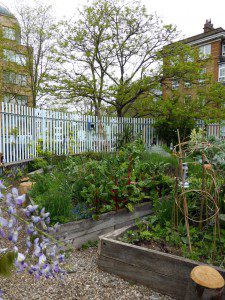