The Snowdrops are comin’ home

February can be a pretty bleak month in the garden so a new festival celebrating one of the month’s few horticultural reasons to be cheerful is  good news.  The Shepton Mallet Snowdrop Festival (http://www.sheptonsnowdropfestival.org.uk), which took place for the first time this weekend (17-19 February), is the brainchild of the town’s horticultural society (http://www.sheptonhortsoc.org.uk). 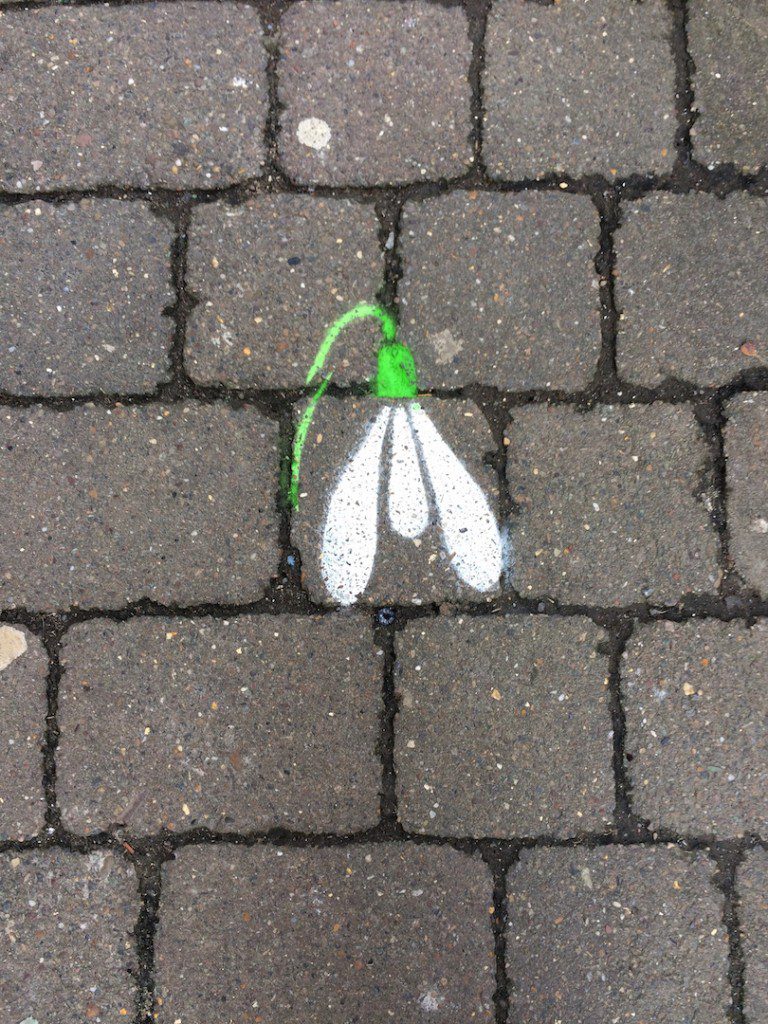 The festival’s theme hasn’t been randomly plucked out of the air – Shepton Mallet, the Somerset market town otherwise known as the birthplace of Babycham (http://www.babycham.com/history), was the home of James Allen, a Victorian amateur horticulturalist who was the first man to hybridise snowdrops.  The festival aims to put Allen and his snowdrops back on the map, with a community minded three-day programme of events ranging from face painting and snowdrop cupcakes to poetry and photography competitions, along with a snowdrop ramble through Edford Wood (see separate post), and a market complete with snowdrops for sale  and snowdrop ID service, provided by Elworthy Cottage Plants (http://www.elworthy-cottage.co.uk). 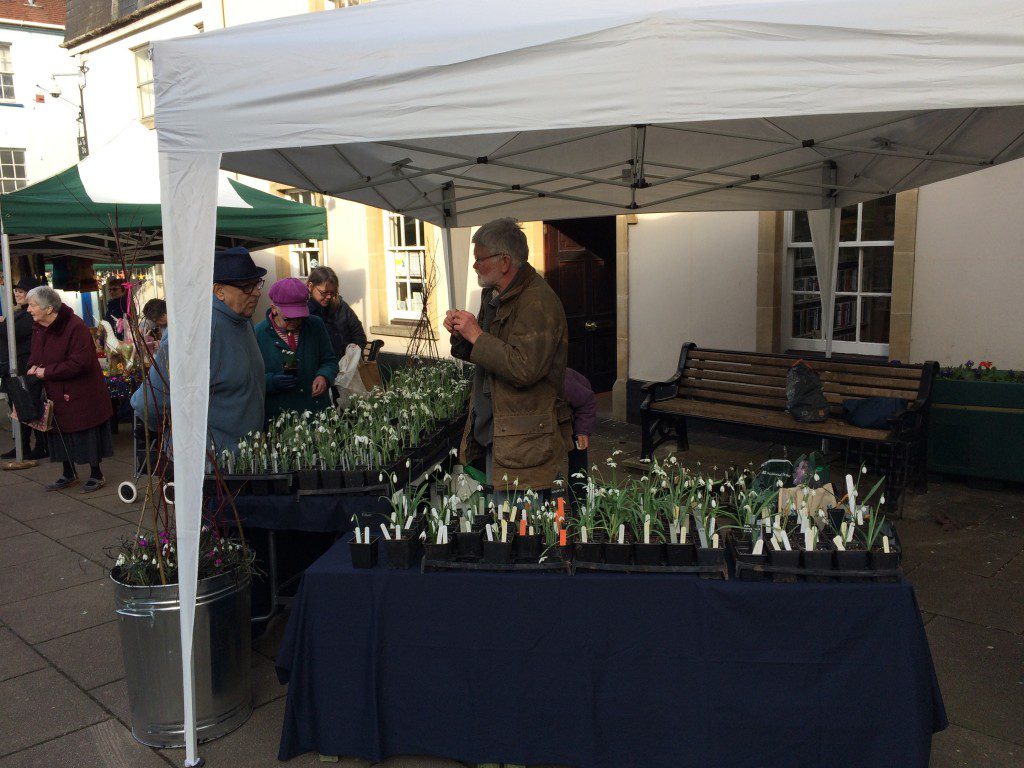 As part of the preparations for the festival, members of the Shepton Hort Soc planted up thousands of snowdrop bulbs around the town last autumn, including one mass planting of 30,000 bulbs on the ‘Rock Flock’ roundabout coming into Shepton.  At the weekend, the roundabout’s iconic flock of stone sheep were not only sporting green and white snowdrop festival scarves, they were grazing in a sea of white flowers.  A lovely touch. 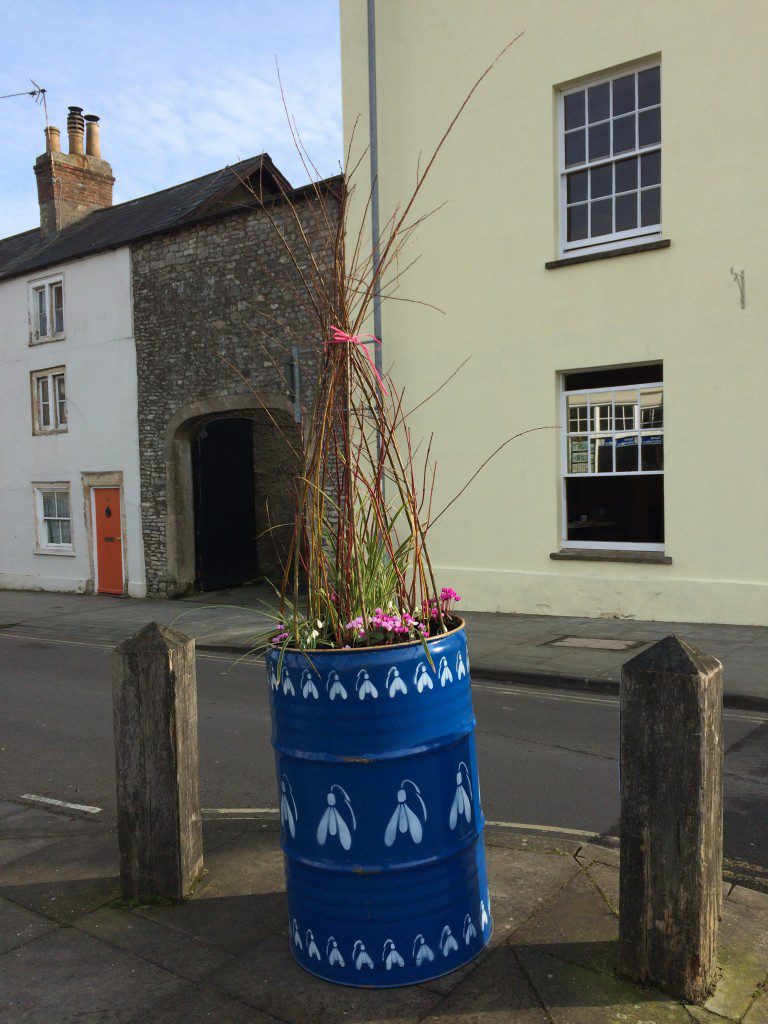 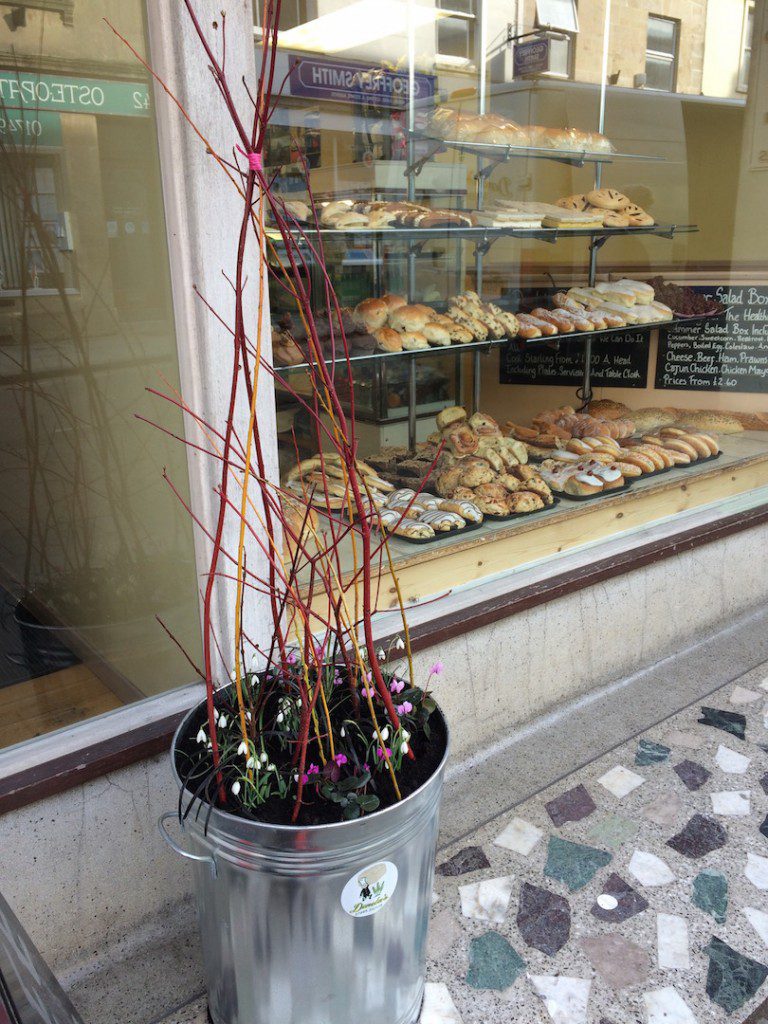 Born in Shepton in 1832, James Allen went on to breed over 100 varieties of snowdrop  from his home on Park Road, and later at nearby Highfield House, and corresponded with the great and good of the horticultural world, including EA Bowles (the Crocus King to Allen’s Snowdrop King).  For all the glacial purity, snowdrops can really be considered the spoils of war – returning Crusaders supposedly first brought Galanthus nivalis bulbs to these shores, with G. plicatus being introduced here centuries later by soldiers coming home from the Crimean War. Allen was the right man at the right time, with added bonus of the right soil – snowdrops thrived in the light soil of his garden at Park House and he was quick to spot any variants that he might breed from. 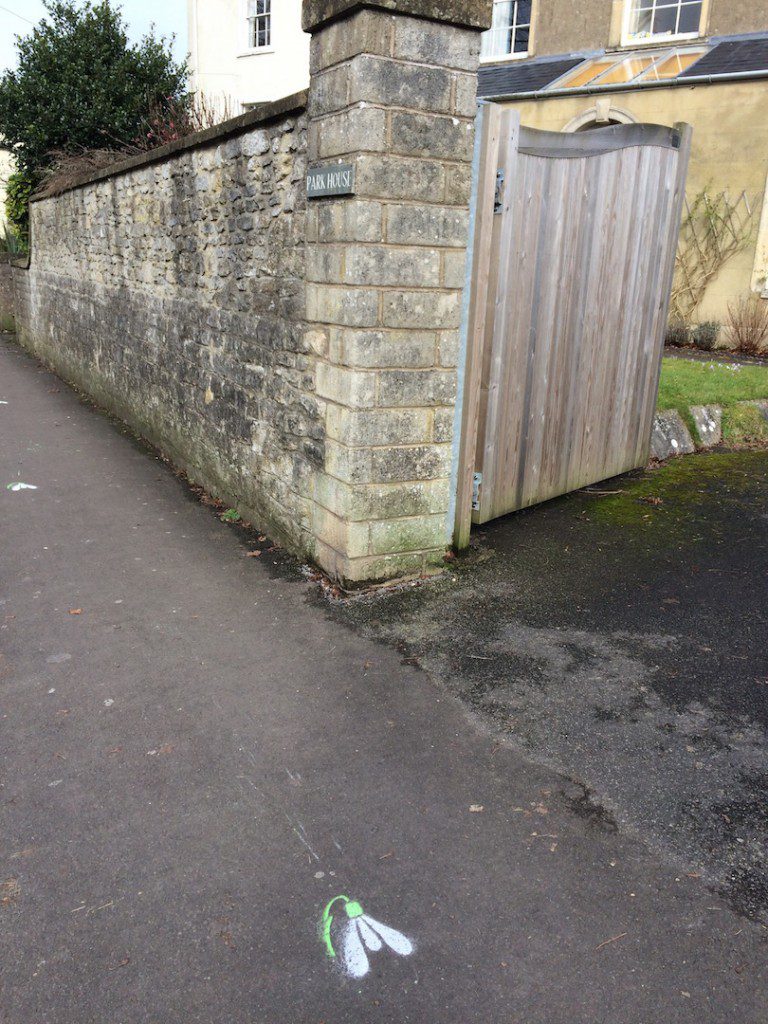 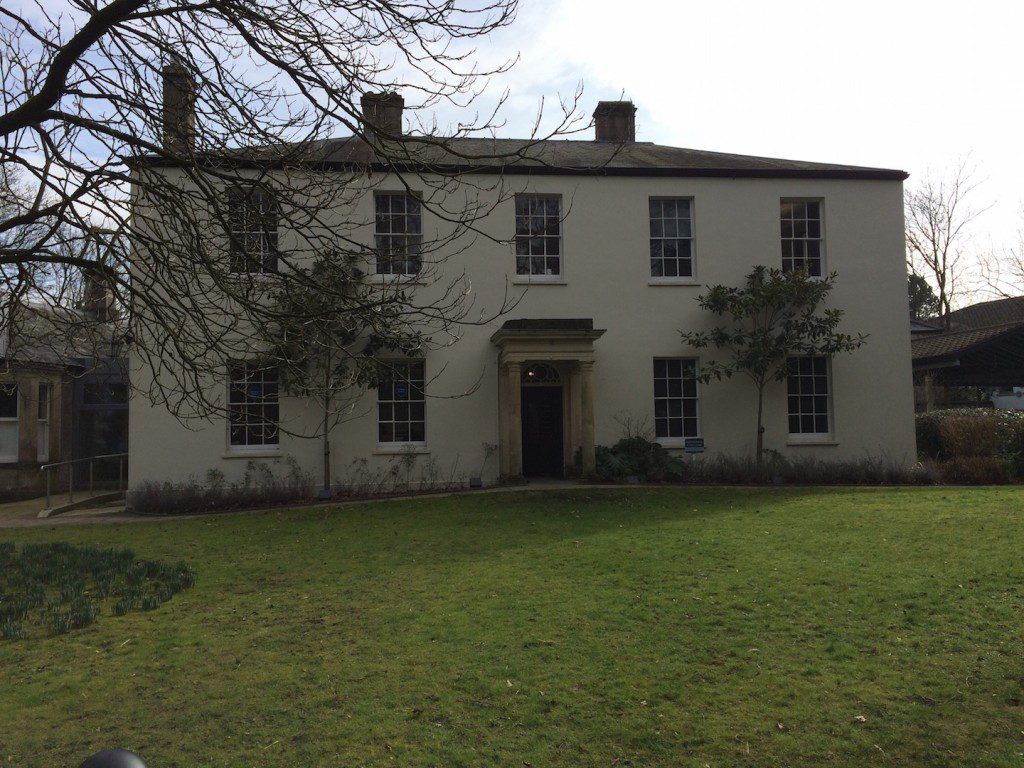 Although Allen’s collection was ultimately destroyed by botrytis and insects, some of his Shepton varieties are still available such as ‘Magnet’ and ‘Merlin’, both of which are AGM.  ‘Merlin’ is distinguished by having entirely green inner segments, while ‘Magnet’ has well-proportioned flowers on long pedicils that  shake prettily in the breeze.  ‘Magnet’ is  the festival’s logo flower and appears in the charming planters and street stencils that waymarked the ‘Snowdrop’ festival trail through Shepton, from Park House to the cemetery where Allen is buried. 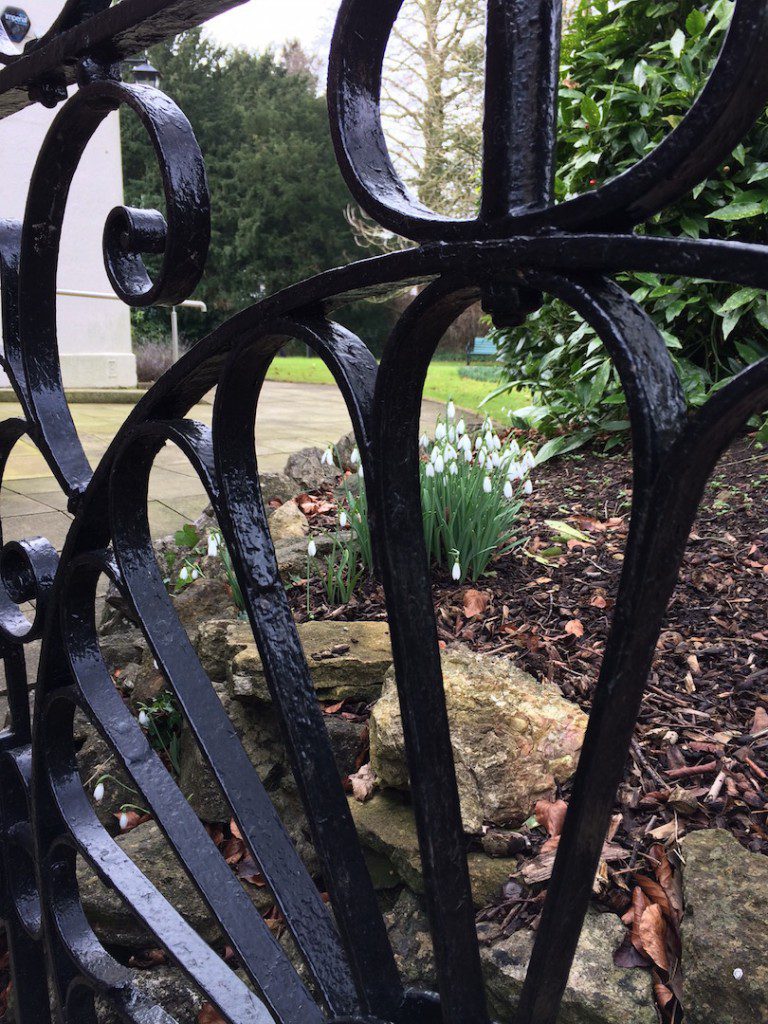 Excitingly, the festival might bring to light some of Allen’s lost varieties – certainly that was the hope among those organising the snowdrop ID service (and if Allen was anything like Bowles, he would have given plants to visitors, friends and family and so there may be some original Shepton varieties still blooming locally today). The festival also aims to raise funds to repair and restore the Allen memorial in Shepton Cemetery. 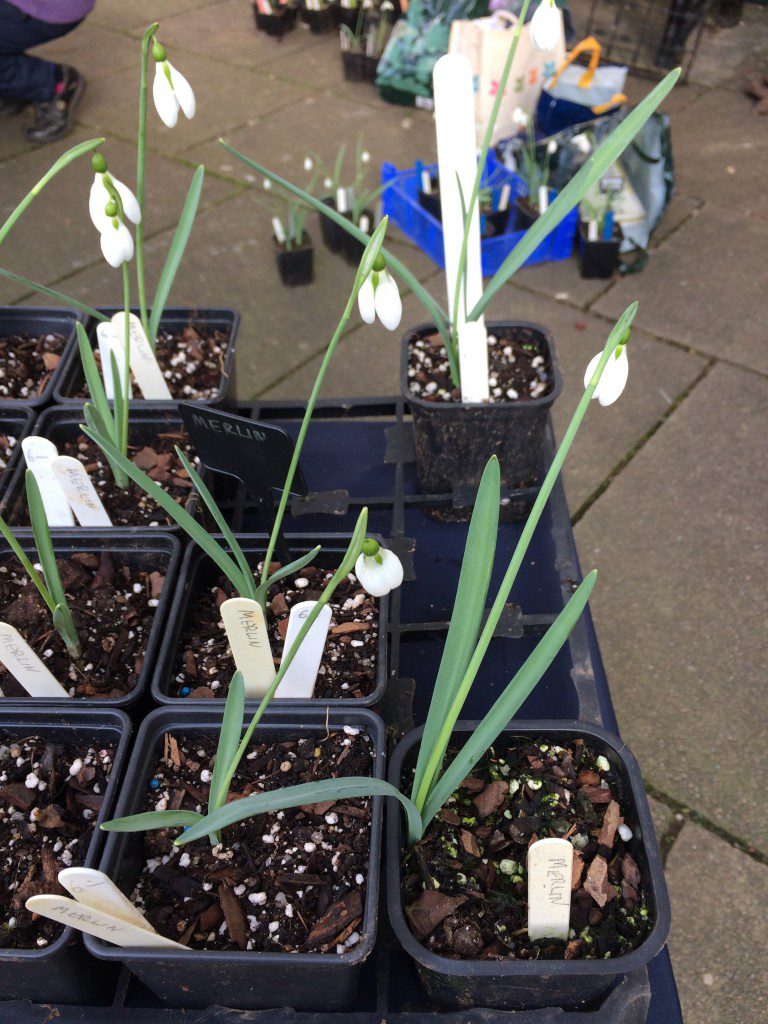 Judging from the buzz around the market place on the opening day, and the full take up for  Sunday’s snowdrop ramble, Shepton has taken its homegrown festival to heart, with local  local traders getting into the mood too with  snowdrop themed window displays and merchandise.  It’s wonderful to see James Allen’s achievements being remembered and celebrated in his home town – I’m looking forward to next year’s festival already.