Too much choice can be a difficult thing to handle, at least when it comes to choosing potatoes.  This year my disappointment at not being able to attend our local potato day (http://www.potato-days.net), was tempered when I recalled how traumatic I had found last year’s event (the first I had ever attended).  A potato day novice,  I simply had not realised how many wonderful varieties of potatoes would be on offer, nor how many other tempting goodies – from dahlias to day lilies, barerooted fruit trees, soft fruit and old fashioned roses. The heady sight of tub after tub of exciting sounding tubers stretching around the village hall prompted a decision making meltdown and a lot of  dithering – exacerbated by the eager and ever-growing queue building in my wake. 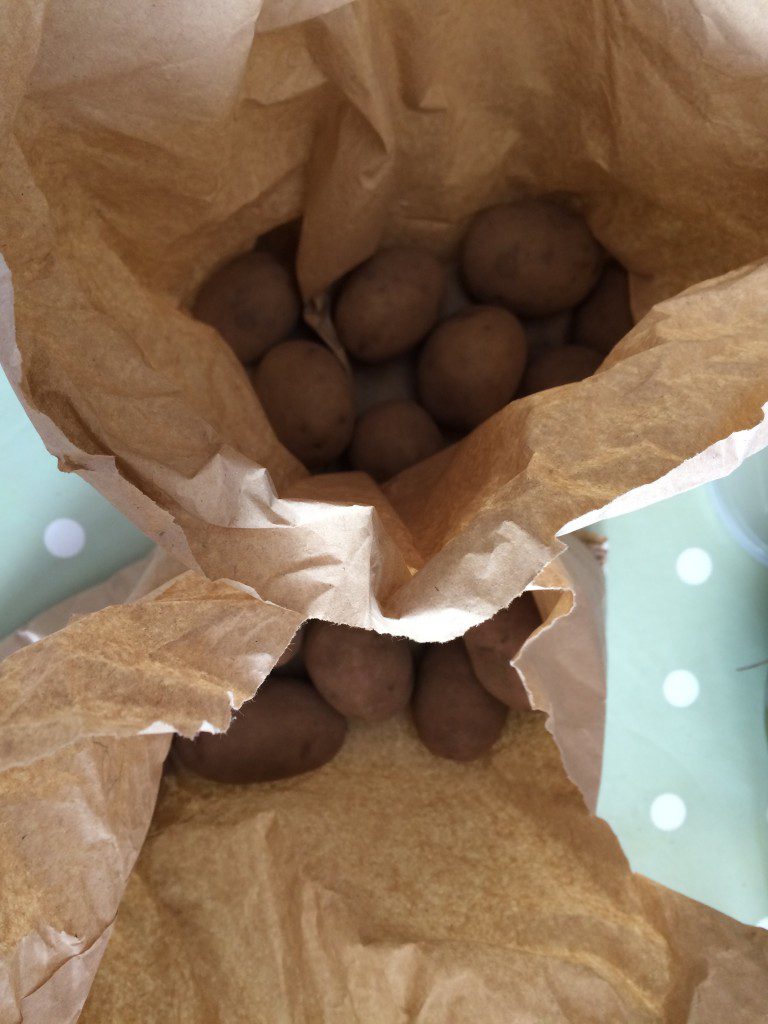 A potato in the bag …

This year it was all much simpler (and more relaxing!).   Friends who were going to the potato day offered to pick  up a few bits and pieces for us.  We left the choice to them (they are keen veg and flower growers so I knew we were in safe hands).  And so it proved.  This year, it turns out, we will be growing Swift (a very early variety) and Sarpo Axona (an AGM award winning, blight resistant main crop).  As I had heard of neither variety I looked them up and they sound just the ticket, Swift is a waxy new potato  with  partial eelworm resistance, while among Sarpo’s virtues is a willingness to produce heavy crops.  http://how-to-grow-potatoes.co.uk/first-early-potatoes/swift-seed-potatoes/  http://sarpo.co.uk/portfolio/sarpo-axona/.

Our allotment is prone to blight so this selection could be the perfect potato pincer movement – early cropping Swift might avoid the blight, while Sarpo will hopefully withstand it. I’m looking forward to seeing how they get on – could the key to successful plant selection be delegation? Perhaps this is an idea that could work in the flower garden too – it’s much easier to be decisive in other peoples gardens than in one’s own. 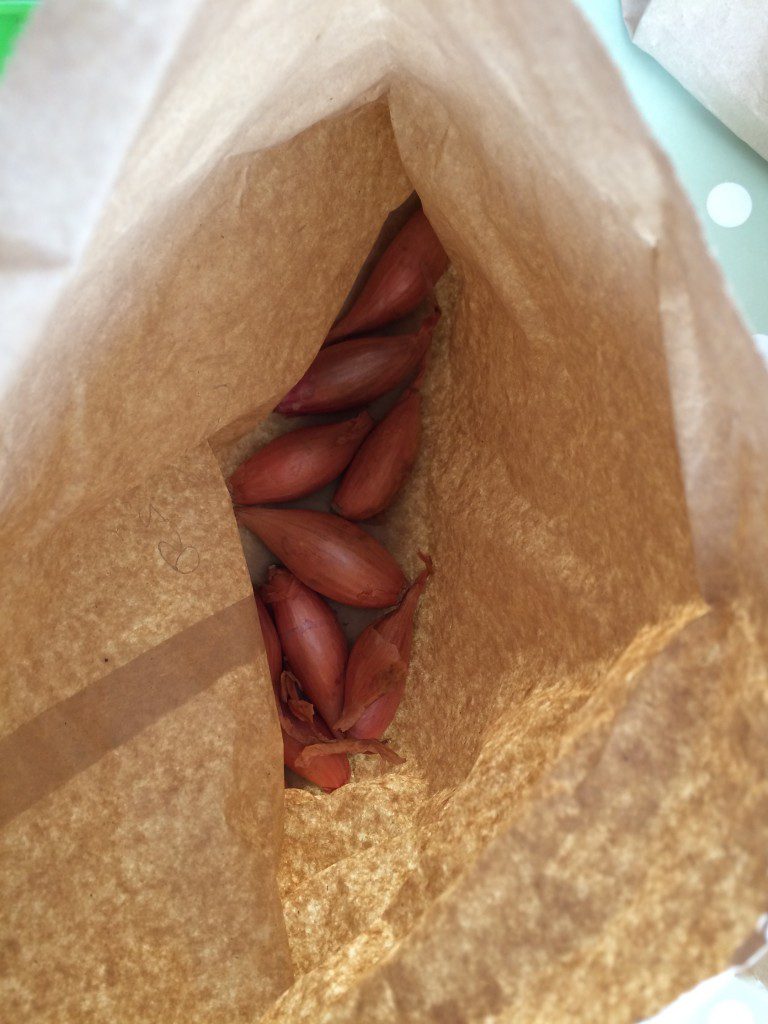 I usually grow a few shallots, and our proxy potato buyers selected Longor. Again it’s a variety I’ve not grown before but it’s another goody – an AGM winner that produces long bulbs, which hopefully will be easier to handle than their fiddly round relations.  Our modest haul also included a spring planting variety of garlic, Solent Wight.  I’ve already planted autumn varieties, but  I want to be self-sufficient in garlic this year so this new bulb went in yesterday. 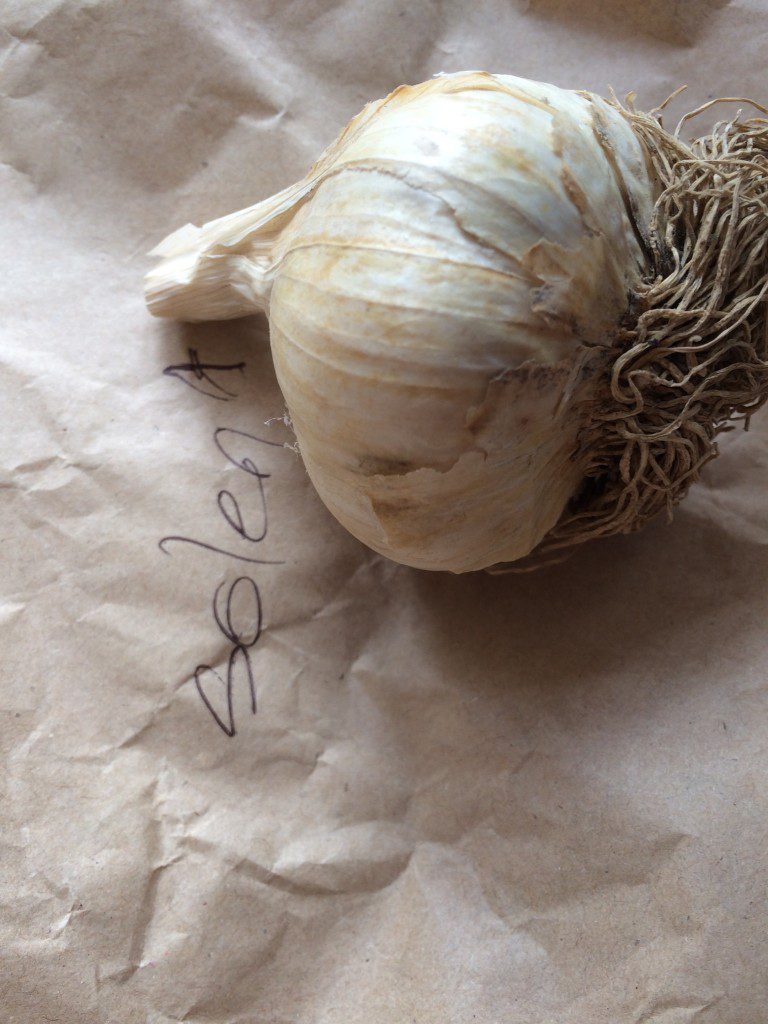 Last year I was disappointed by the size of the onion harvest on our allotment (probably something to do with not buying enough sets while suffering from Potato Day paralysis) so this time around, I’ve gone for a bulk buy of onion sets from B&Q.  Tempted by the ‘two for £5’ offer,  I plumped for a  yellow variety Shuron, and a red variety, Karmen. I never seem to get the spacing right with onions – always keen to get decent sized specimens, I tend to plant too far apart.  A big waste of space on the allotment so this year I am going to cram them in more closely and see what happens! 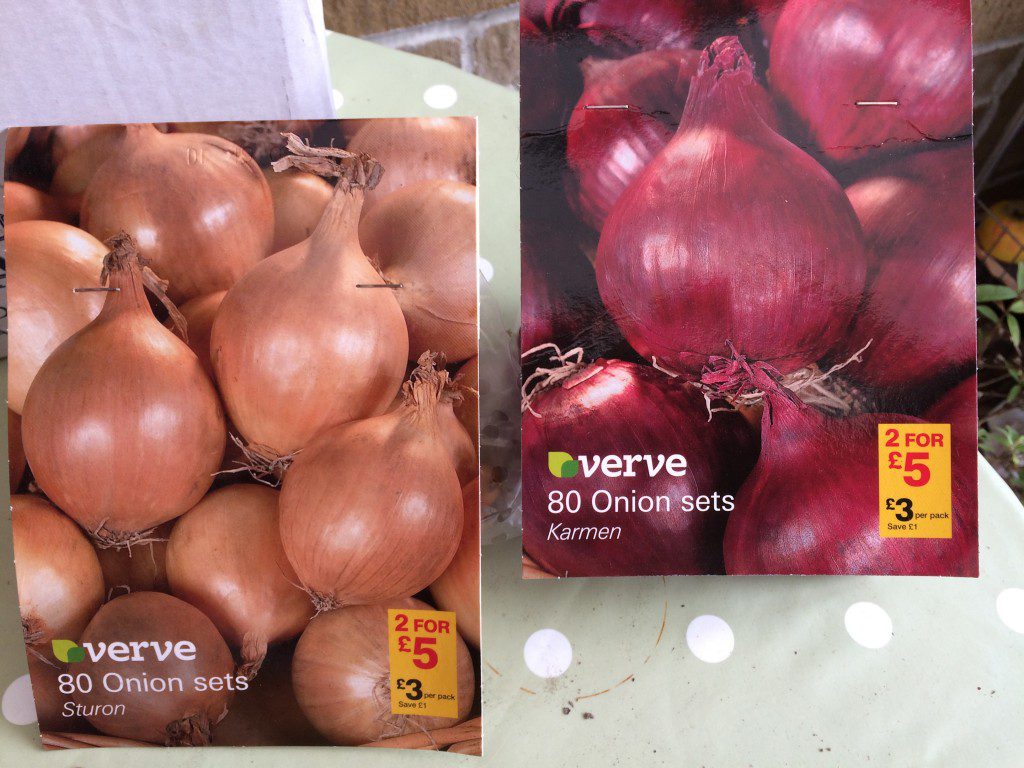 All set to go this spring