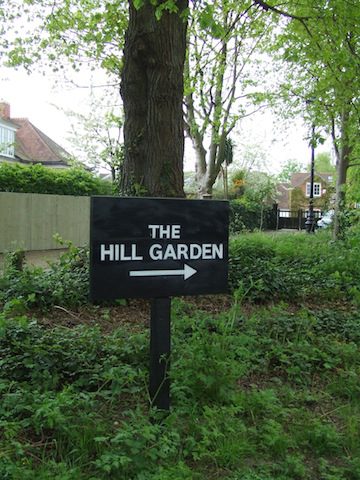 Secret, but not that secret

Although I spent nearly a decade as a denizen of North London, it wasn’t until I started to research The London Garden Book A-Z that I properly visited the Hill Garden and Pergola.  And what a revelation it turned out to be.   Quietly tucked away off North End Way the garden has the reputation of being a ‘hidden’ garden but it’s hardly a shrinking violet, dominated as it is by a stonking 800ft long pergola commissioned by Lord Leverhulme (the garden’s original owner) in the early 1900’s.

Designed by Arts & Crafts landscape designer Thomas Mawson, the brick, stone and wood pergola rises magisterially 15 feet above the natural lie of the land, an uplift made possible courtesy of spoil excavated during construction of the Northern Line.  This super-sized garden feature – the epitome of Edwardian moneyed self-confidence – took 20 years to build and was the subject of a much-needed refurbishment in the mid 1990s after years of decline after WWII. 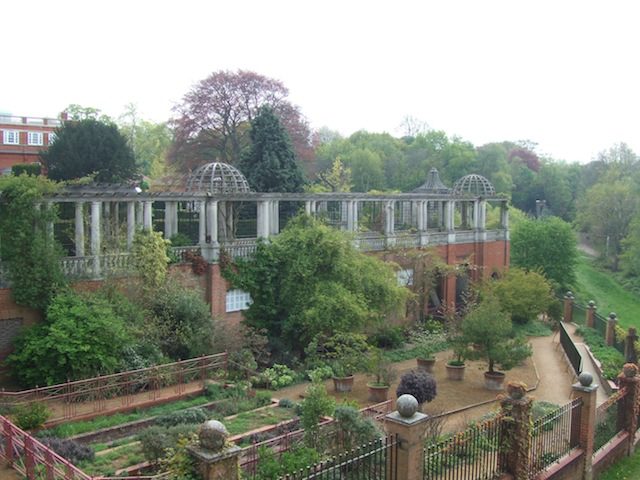 Today the Pergola once again surveys Hampstead’s West Heath like the proverbial Colossus, its zigzagging avenue of stone Doric columns and wooden beams extravagantly entwined with all manner of climbing plants such as wisteria, clematis, roses and hops.  It’s a memorable location for a romantic arm-in-arm stroll, with numerous opportunities for admiring wide-reaching views over the more rugged heath landscapes beyond and generously provisioned with benches for taking the weight off.  A group of more domestically scaled gardens sheltering at the base of the Pergola at ground level include a Mediterranean gravel garden, a formal box parterre and an aromatic herb garden. 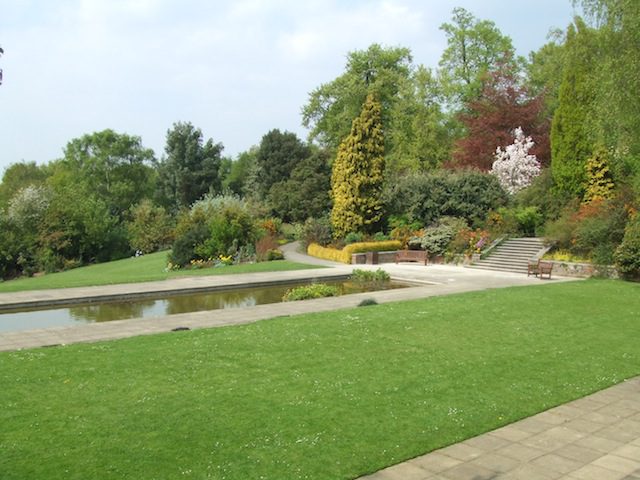 The Lily Pond, The Hill Garden

The Hill Garden, which adjoins the Pergola, is a more expansive affair featuring agreeable stretches of lawn with leafy plantations of mature shrubs and trees, and a gracious, stone paved lily pond. Its one of those magical places where you can’t quite believe you’re in London, such is its verdant tranquillity.  Owned and managed by the City of London Corporation, the Hill Garden is, unlike the surrounding Heath, a dog free zone, which means that its velvety grassy slopes are free of any unpleasant hidden surprises.  And although the garden has been open to the public since the 1960’s it still feels very much like a private retreat, with tentative first-time visitors being heard to enquire, “Are we allowed in here?”   Thankfully, the answer to that is, “Yes, but don’t tell any one!”